Bren Smith shifted from a career in commercial fishing to become a farmer of the ocean. After 15 years of trialing ideas on how to grow sea vegetables and other food on his 20-acre patch of Atlantic Ocean, he took his hard-earned lessons and started GreenWave.org, a program that is spawning an entirely new breed of pioneer restorative 3D ocean farmers. It’s truly the new frontier that will ultimately feed the world, or so says CNN, The New Yorker, Bon Appetite, National Geographic Television, and the Wall Street Journal.

After 15 years of experimentation, GreenWave has developed a new method of ocean farming designed to restore ocean ecosystems, mitigate climate change, and create blue-green jobs for fishermen — while providing healthy, local food for communities. GreenWave’s restorative 3D Ocean Farming model was awarded the Buckminster Fuller Prize for ecological design, profiled in the New Yorker (which called the GreenWave model “the culinary equivalent of the electric car”).

GreenWave supports a new generation of ocean farmers and innovators working to restore ecosystems, mitigate climate change, and build a blue-green economy. GreenWave envisions a day when there are thousands of restorative ocean farms on coasts around the world contributing food, fertilizers, energy and much more to local economies, while saving our oceans – and ourselves.

GreenWave works with large-scale institutional buyers and incubate social entrepreneurs to create new and stable markets for ocean farmers’ crops. Kelp and other sea vegetables, known as “the Sequoias of the sea,” absorb up to five times the amount of carbon as land-based plants.

Oxygen depleted dead zones are a major global crisis, and the main perpetrator is the nitrogen coming from our farms, factories, and homes. 3D Ocean Farms sequester the nitrogen runoff and enable GreenWave ocean farmers to capture this valuable resource for use in fertilizer and animal feed.

For more about Bren Smith or to find out how you to can become a pioneer ocean farmer, visit: www.GreenWave.Org 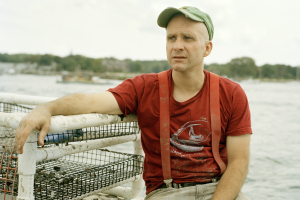 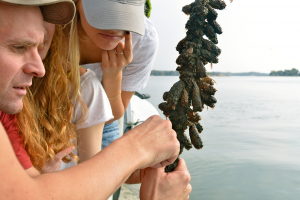 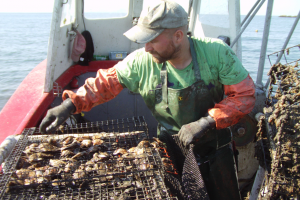 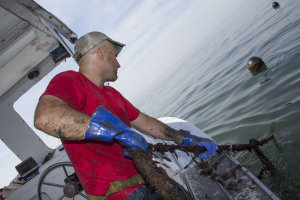