Reflections on Growing Up on the North Shore of Lake Athabasca 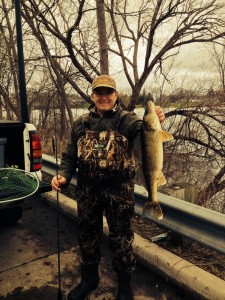 I met Terry Bachmeier at a screening of What Lies Below along with his son and grandson. The next day I received an email from Terry, a man in his early 70’s, telling me about growing up in Uranium City in northern Saskatchewan. I visited the community after it was abandoned, but Terry brings the town back to life as he relates his childhood experiences of helping to feed his 11 brothers and sisters through fishing and hunting, while gaining intimate knowledge of the surrounding wilderness and the dangers posed by the many uranium mines that blighted the landscape. It’s a beautiful but tragic story people need to hear this week on Blue fish Radio.

Ben Woo on Expanding the B1 BASS Tournament Series

A Real Fishing Friendzy for Kids and Families
Scroll to top